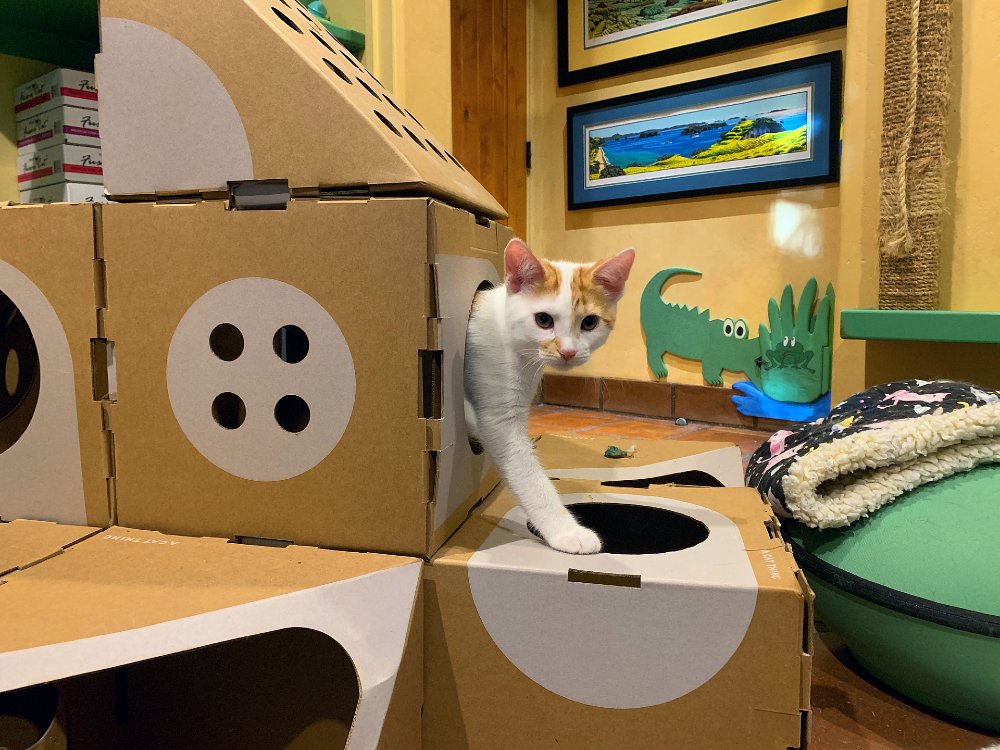 Me-Gi is the guardian sister of Hidar and was born on about May 25, 2019.  Me-Gi, Hidari, and two other siblings were found in a dumpster when they were only a few weeks old and turned into a shelter.   However, because of their very young age and poor health, they were scheduled to be euthanized.   ResQcats took them in but in spite of great efforts, was only able to save Me-Gi and Hidari.   After nursing these two back to health, they were put up for adoption as a bonded pair.    Unfortunately, because Hidari was so shy, people only wanted to adopt the more outgoing Me-Gi. and after trying to find them a home for 4 weeks, ResQCats was faced with the all too common painful choice of splitting them up so Me-Gi could find a home (leaving Hidari's fate very precarious).    House Of Nekko had seen these two several weeks prior but had determined that our limit was 23 cats.    Visiting them again, it was unanimously decided to change our limit to 26 (SesameSeed somehow got included in this deal too) and Me-Gi (right) and Hidari (left) joined ZenByCat. 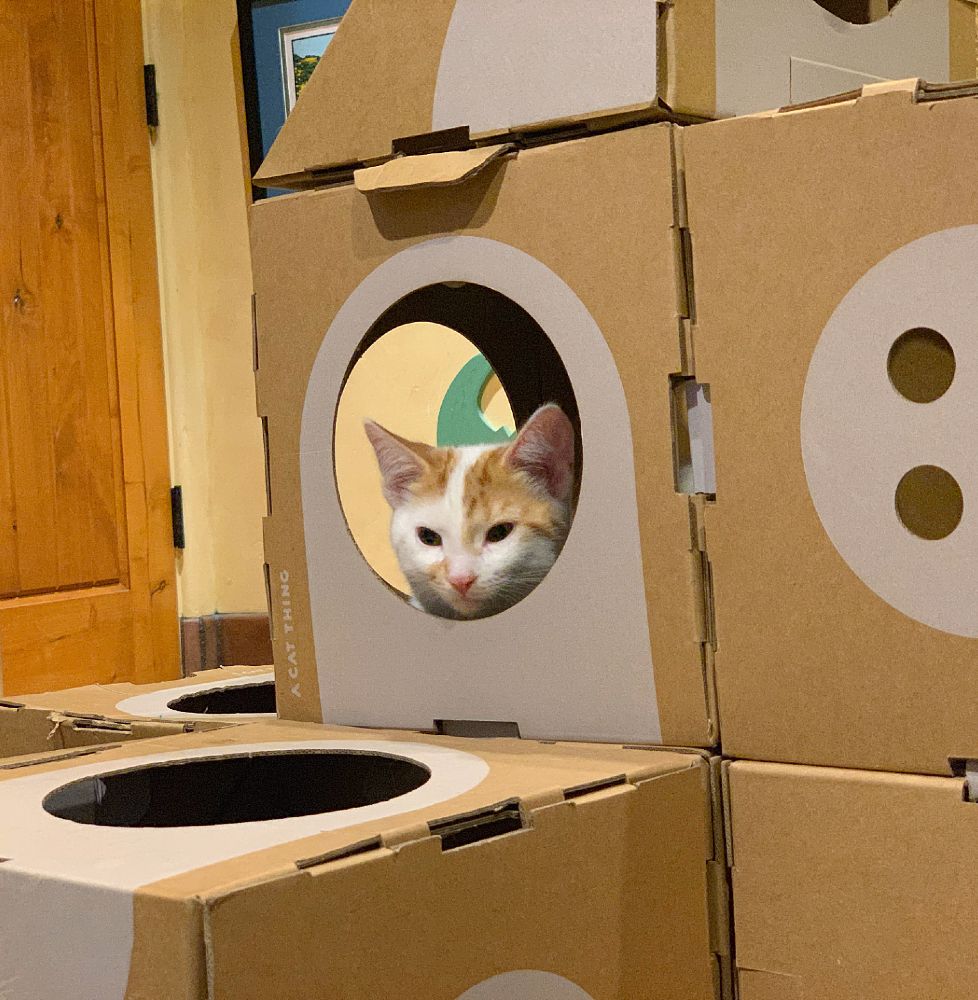 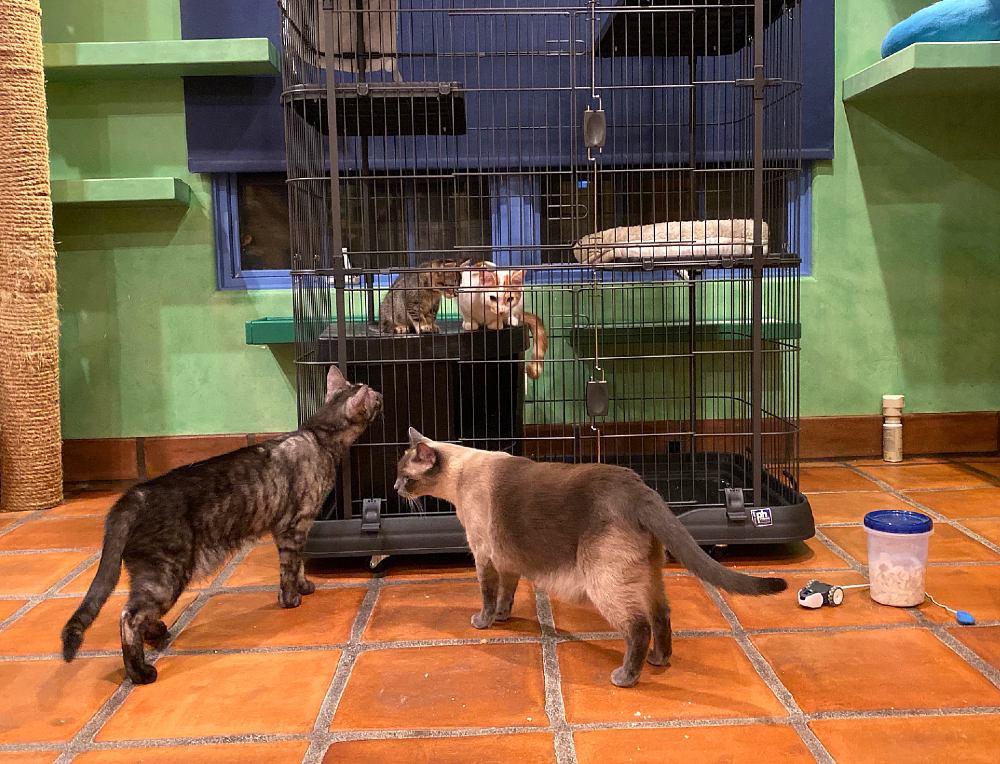 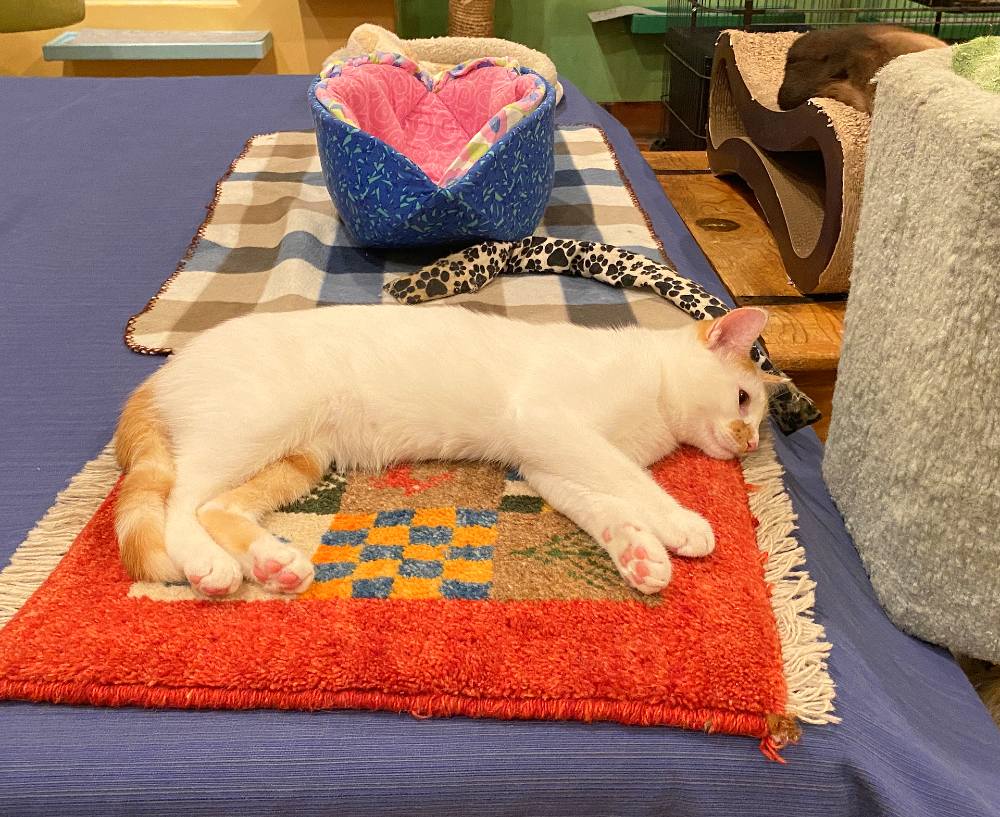 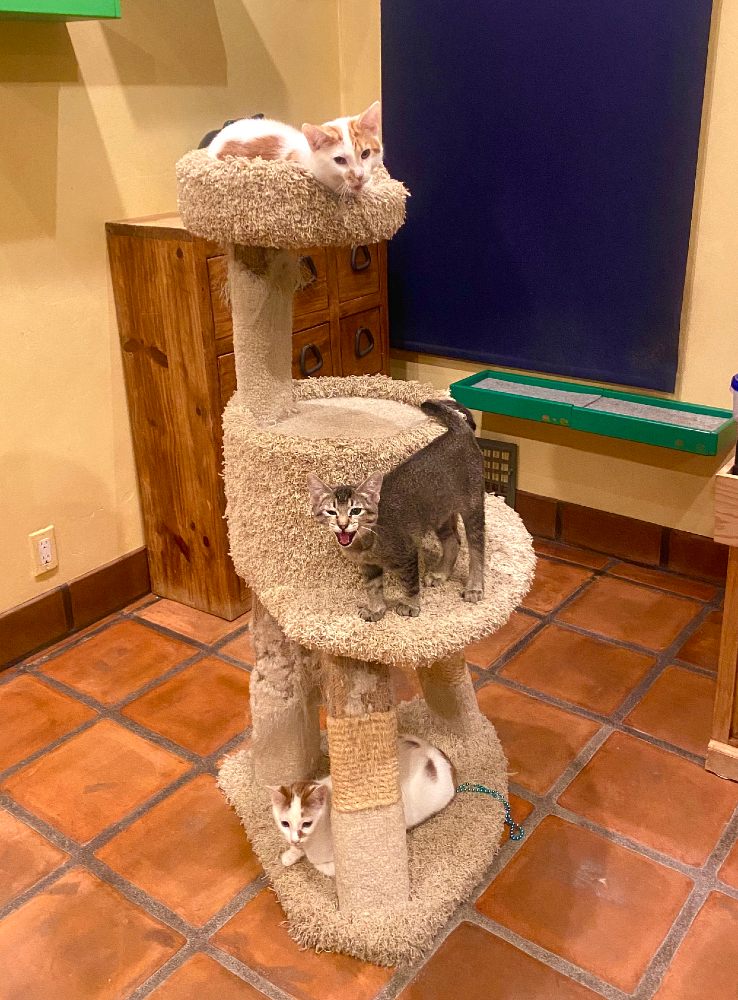 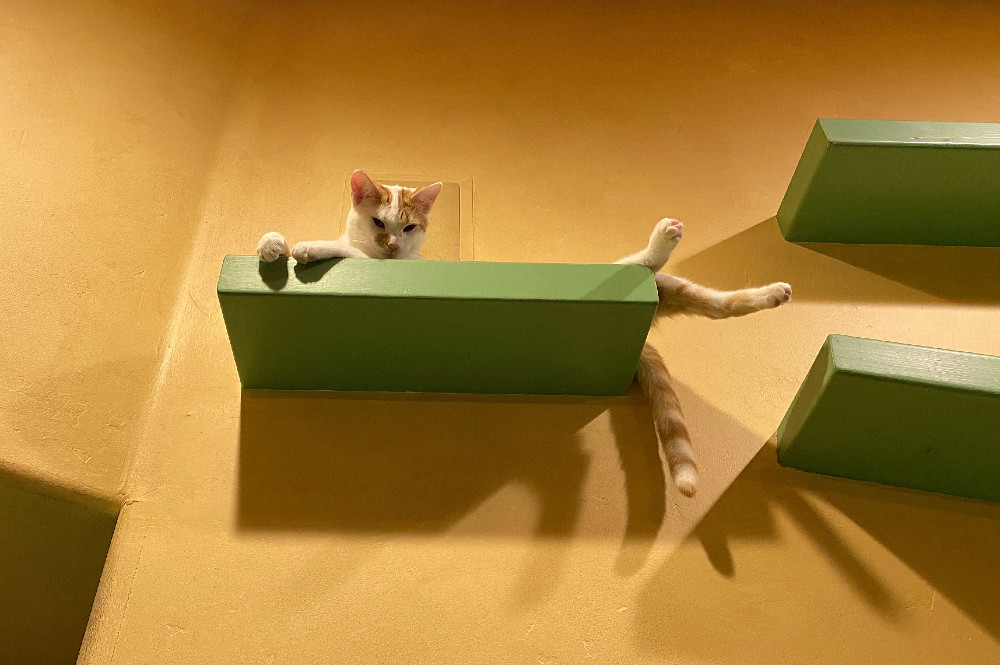 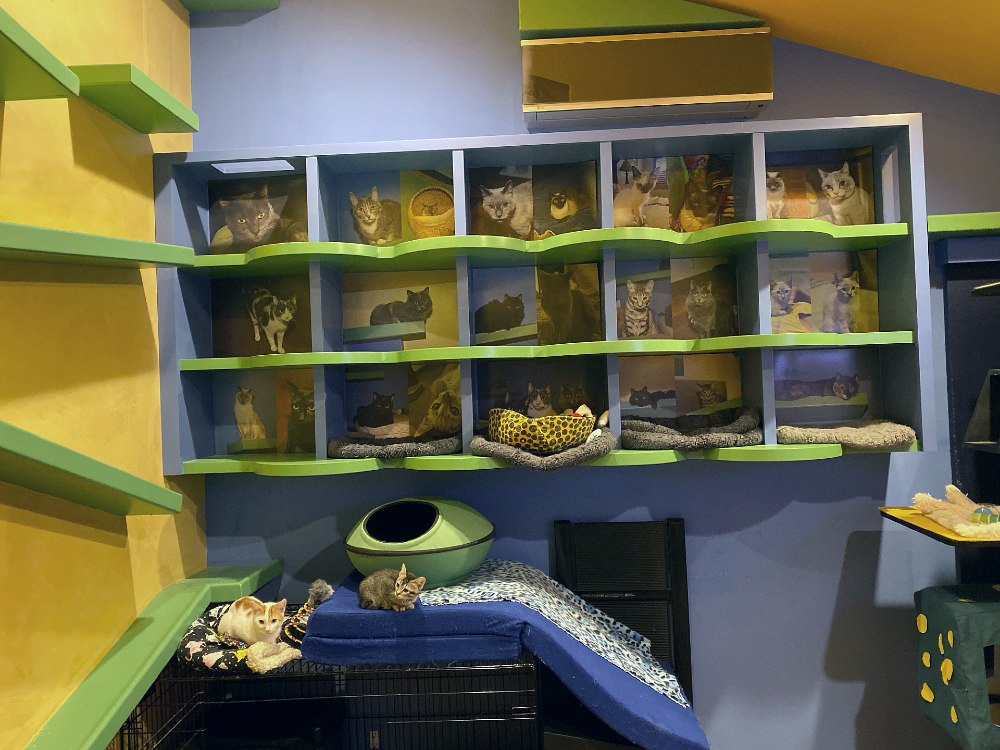 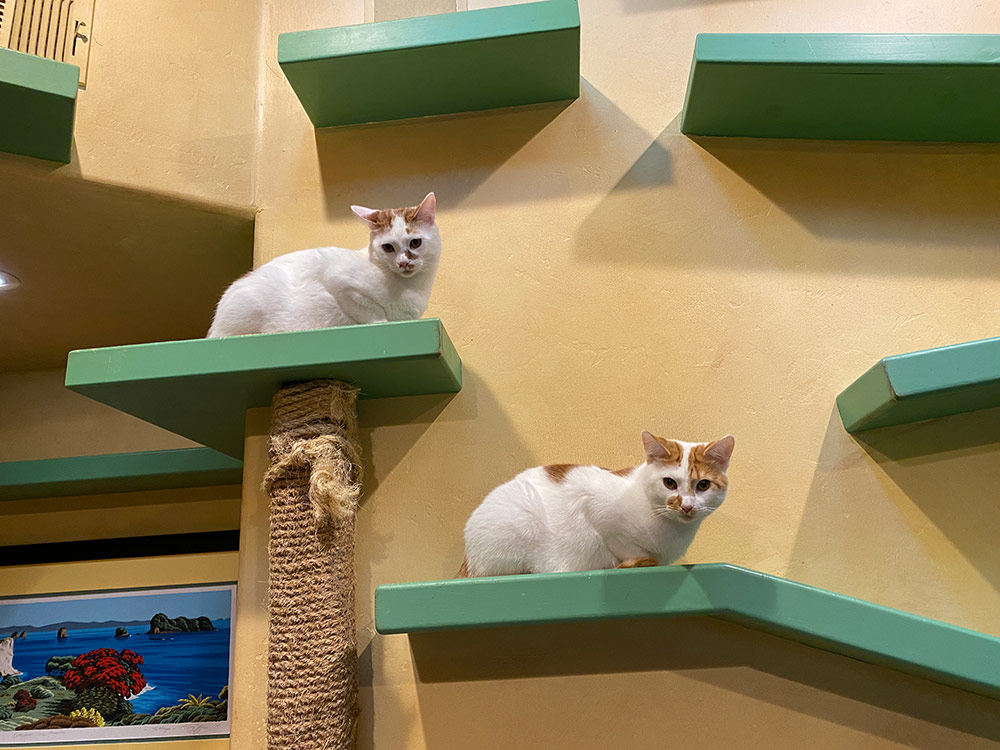 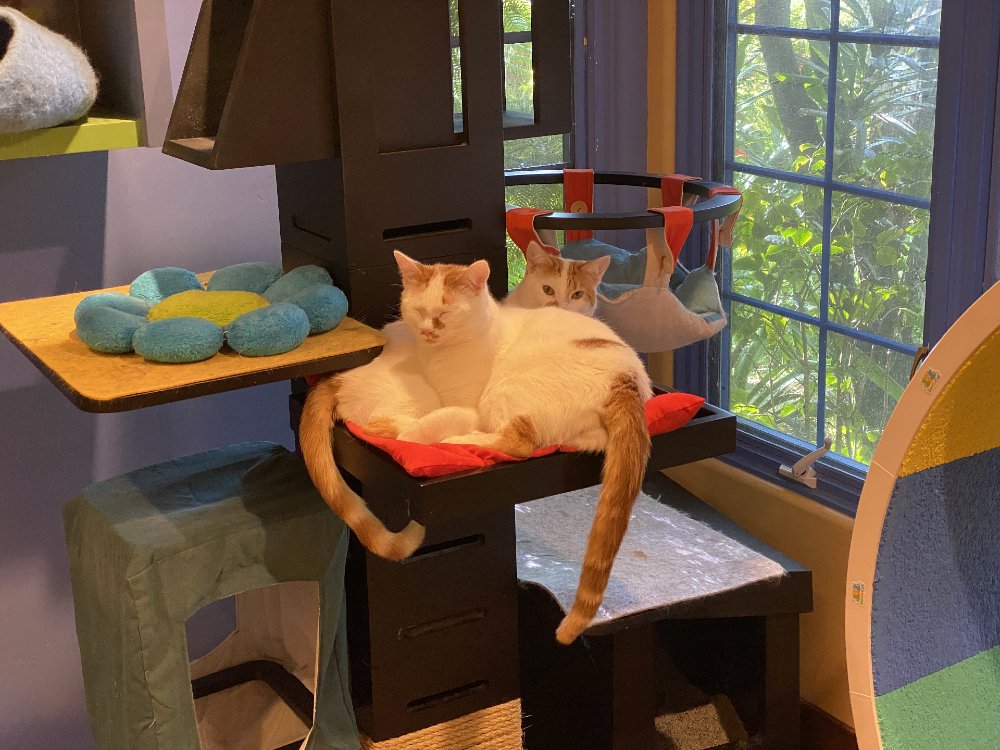 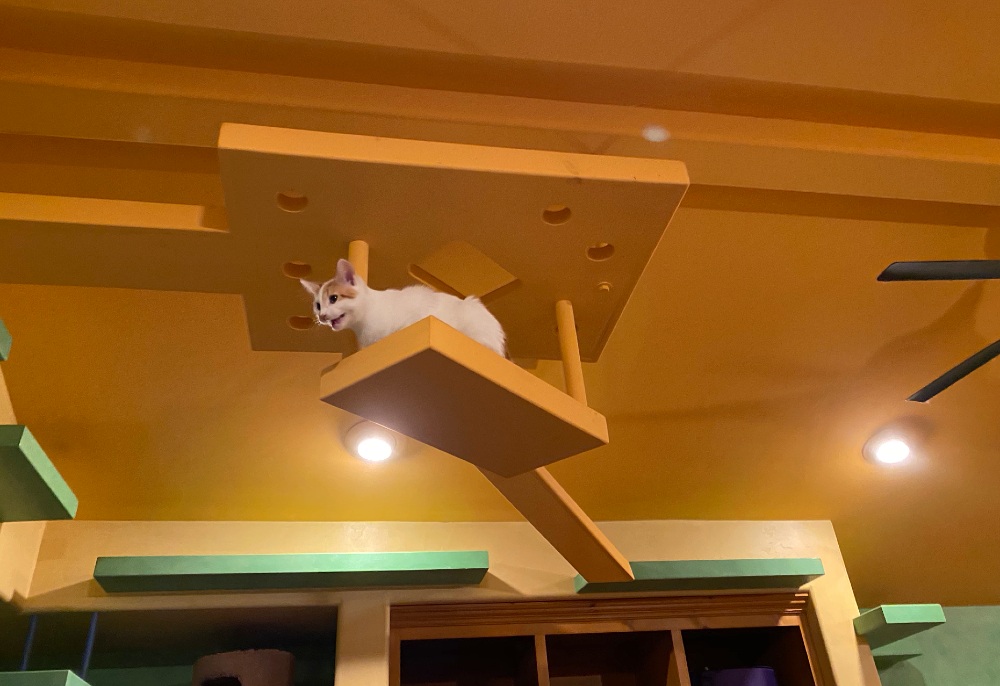 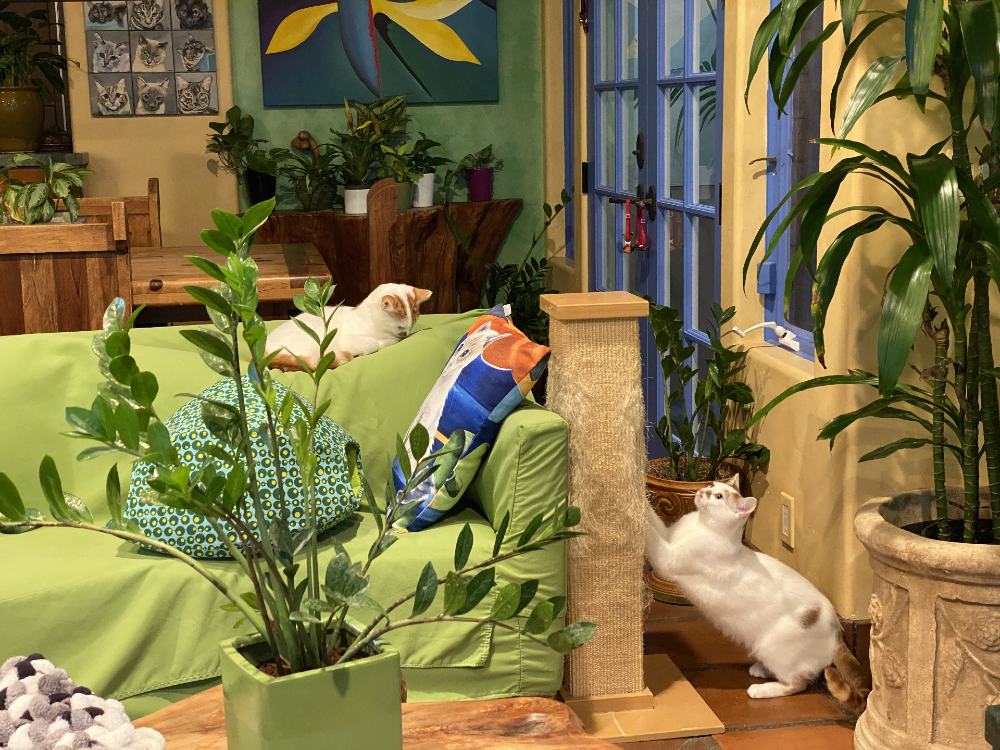 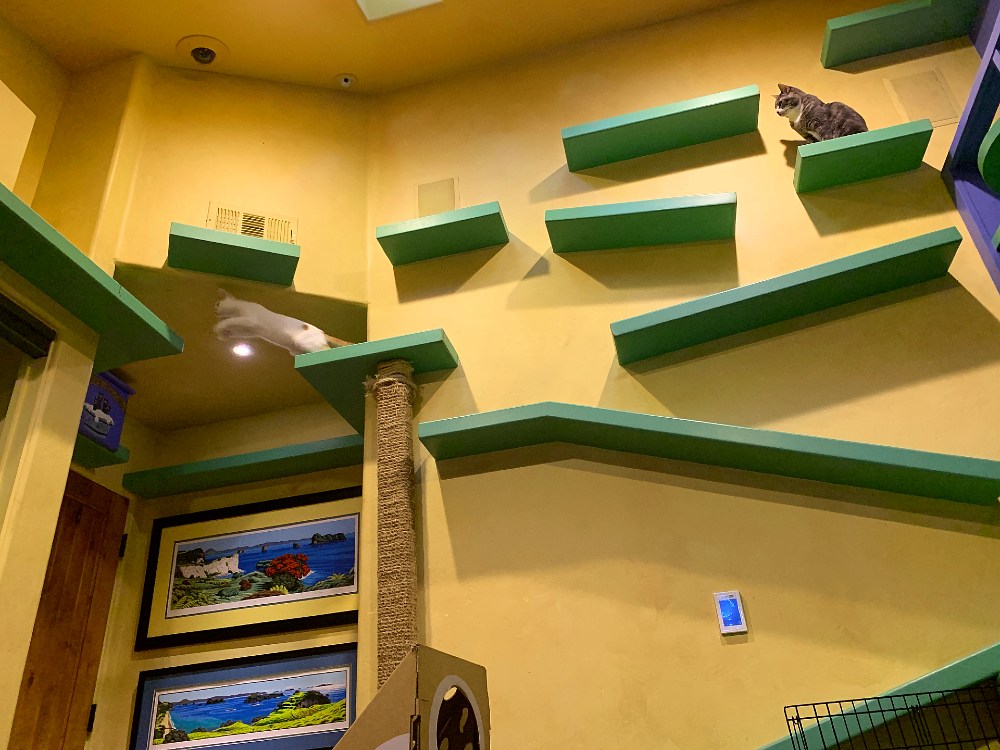 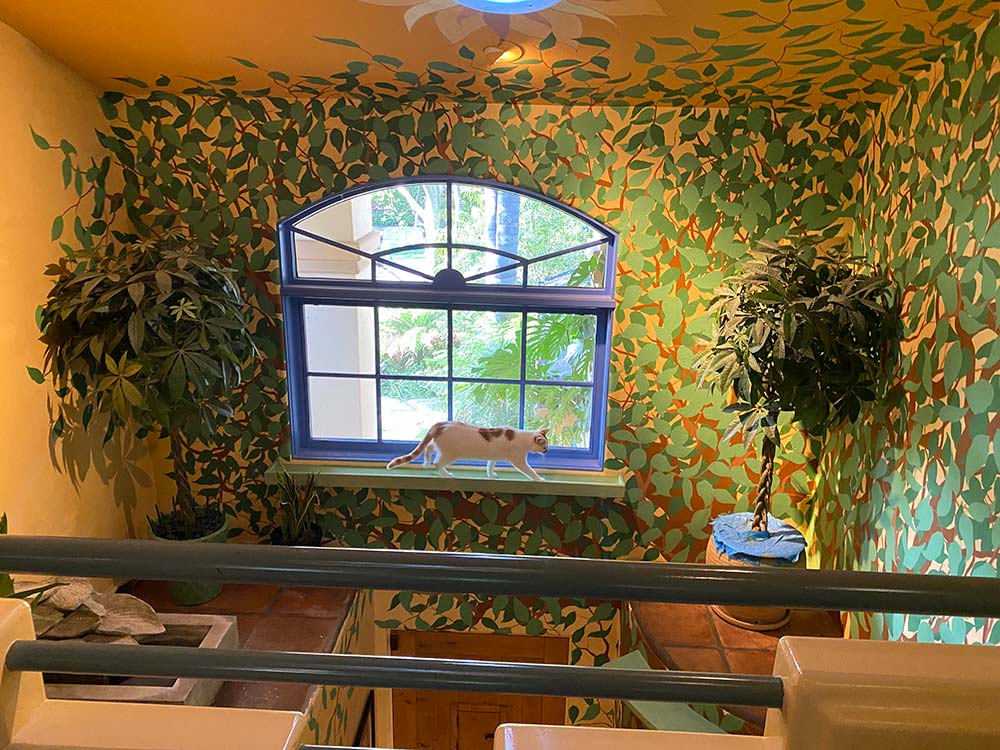 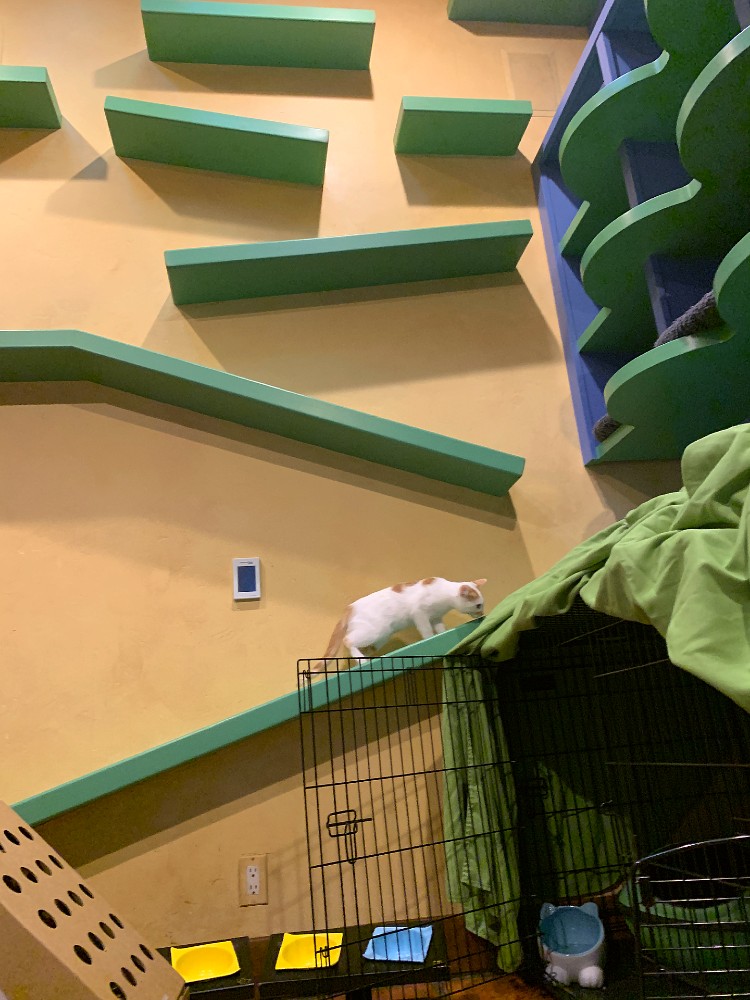 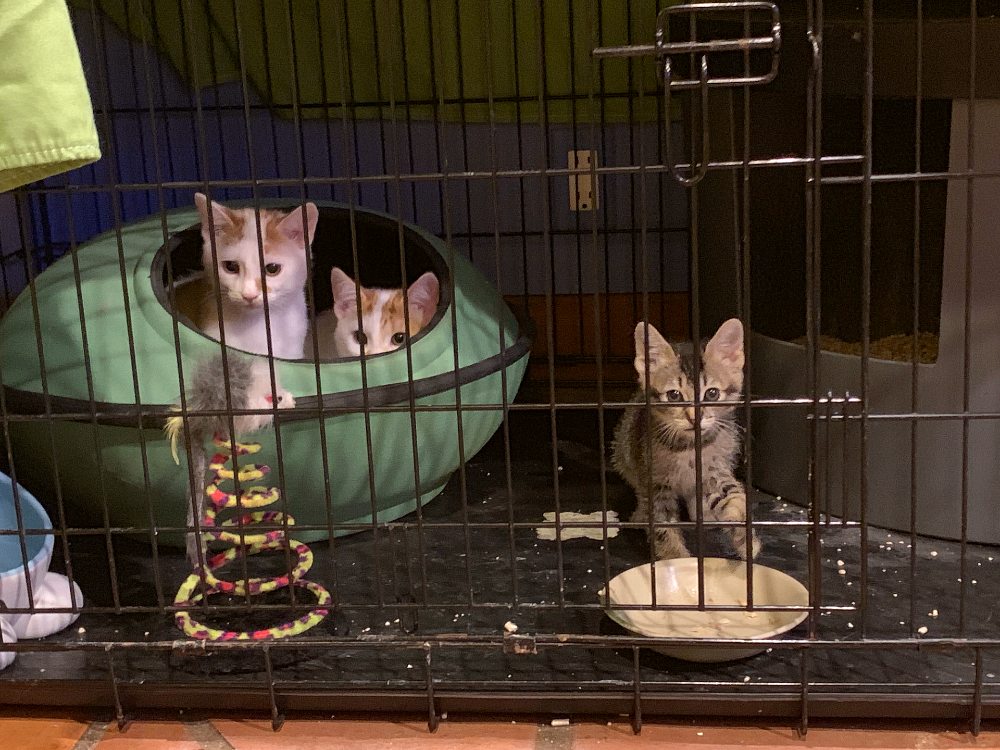 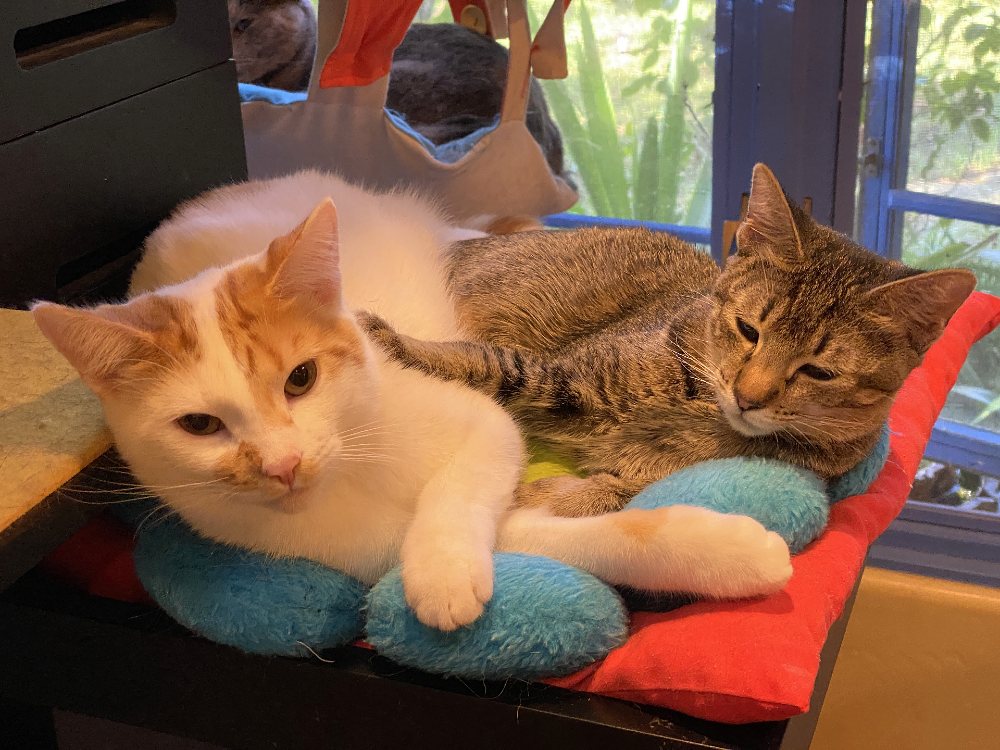 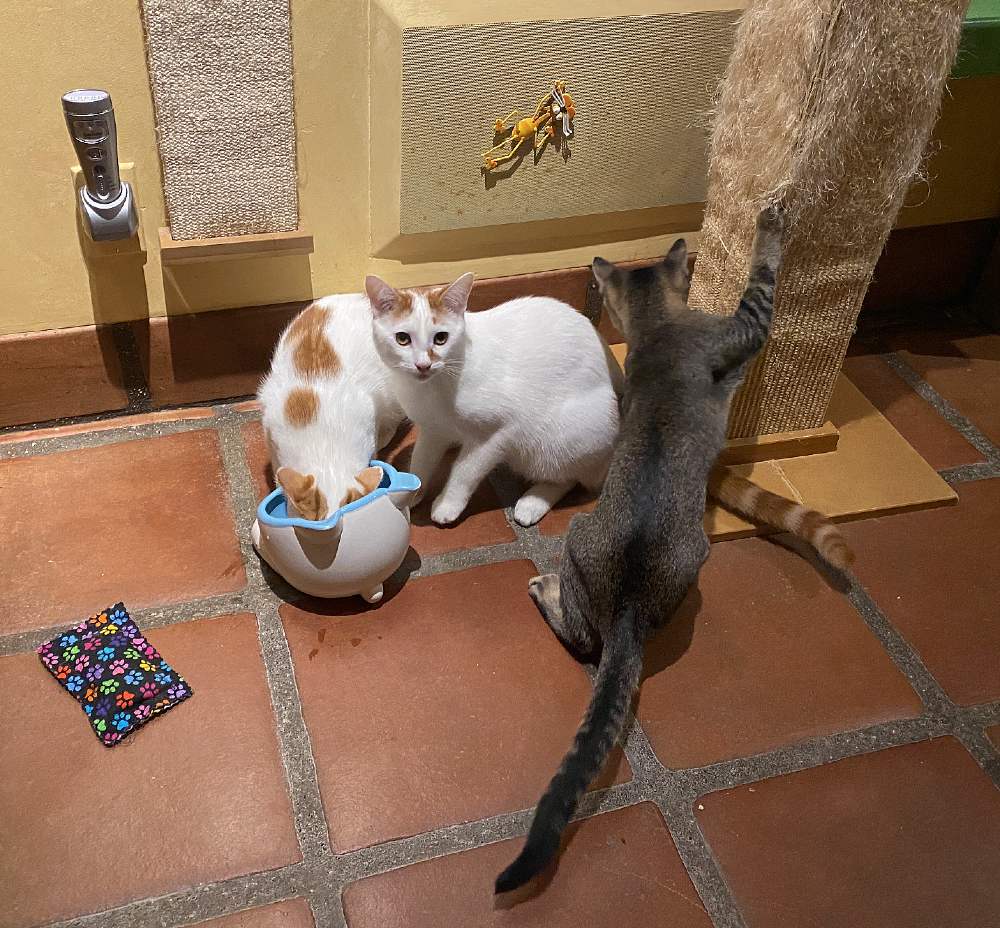 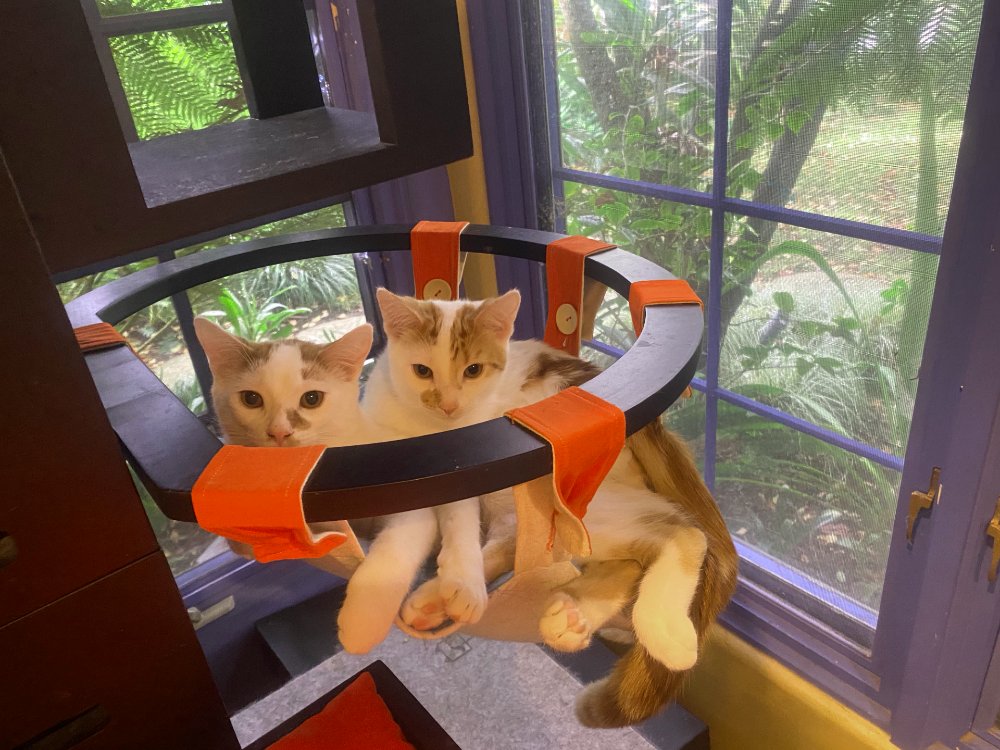 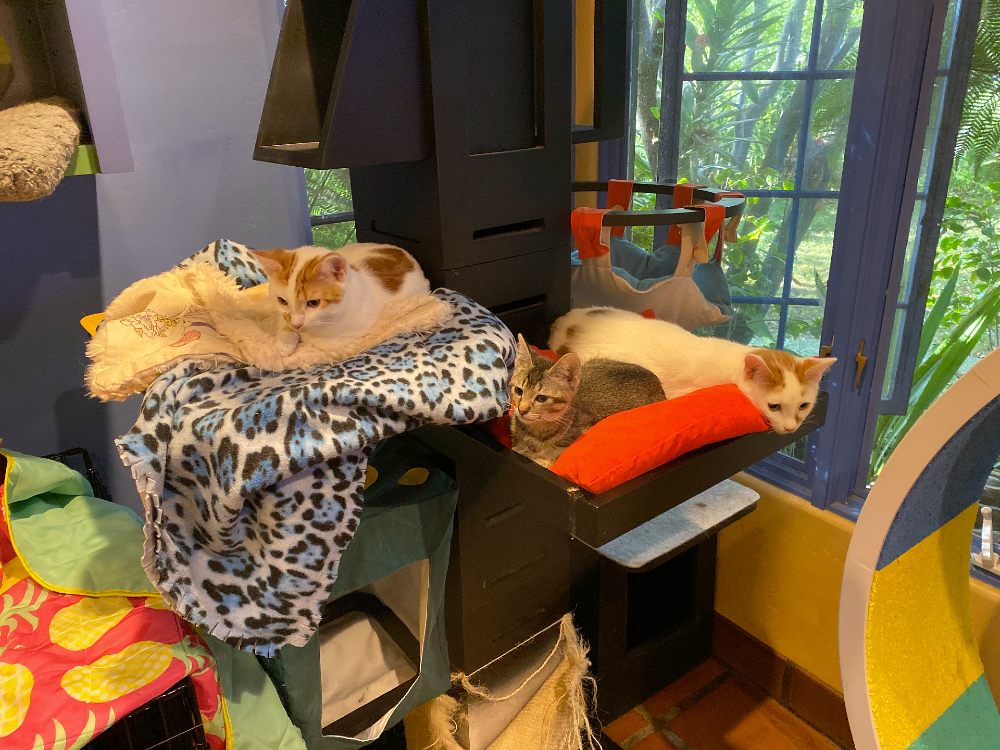 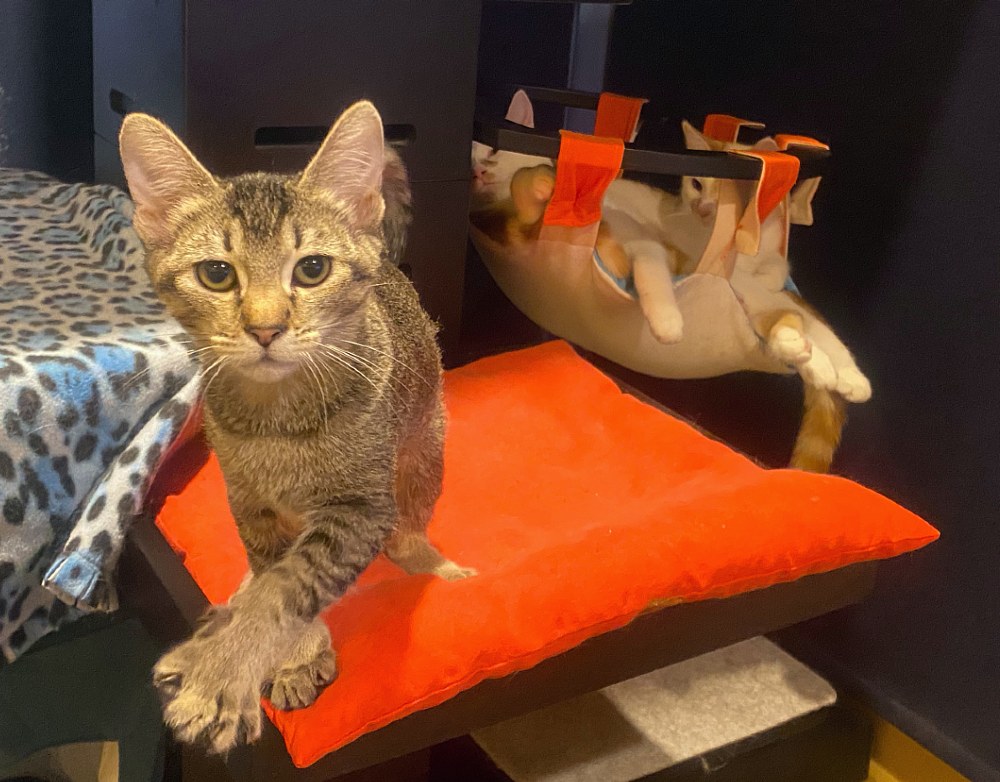 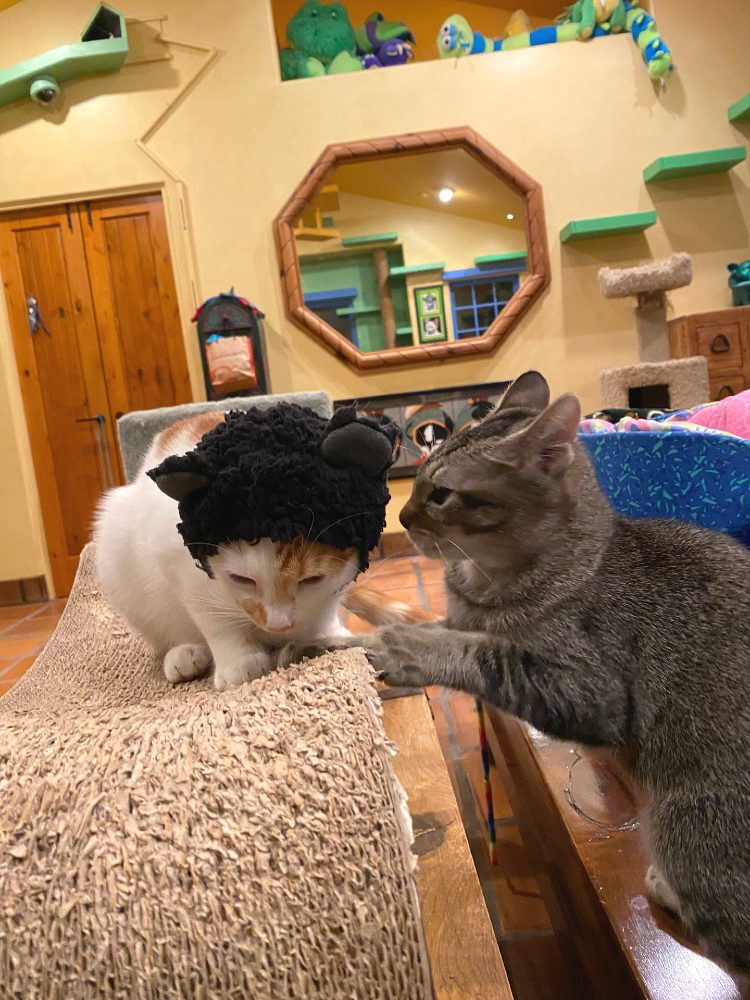 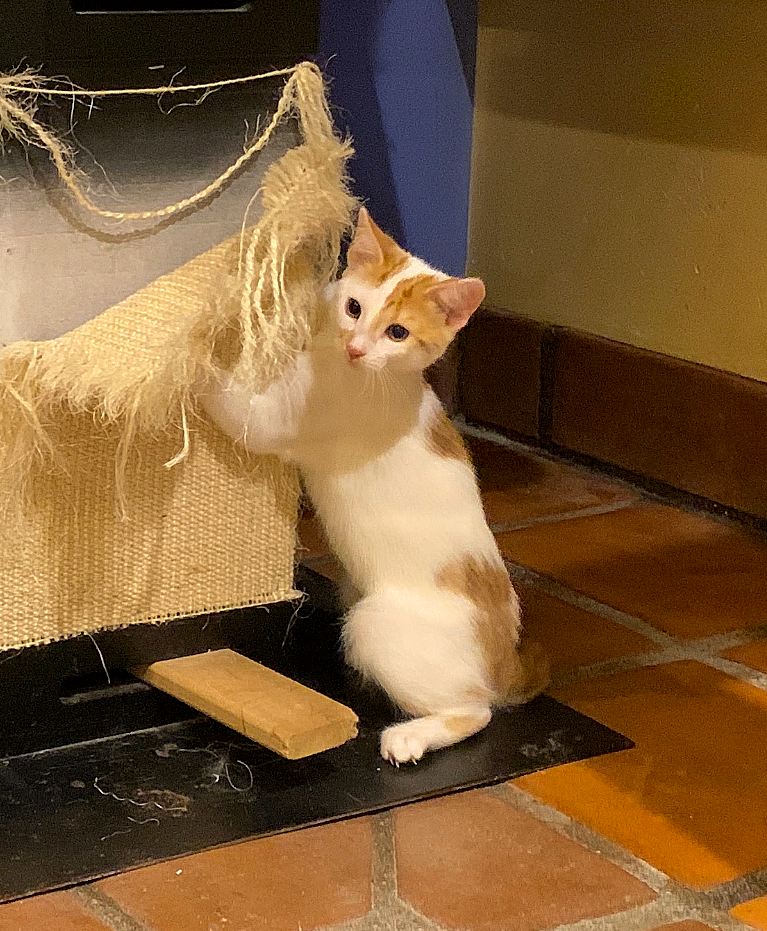 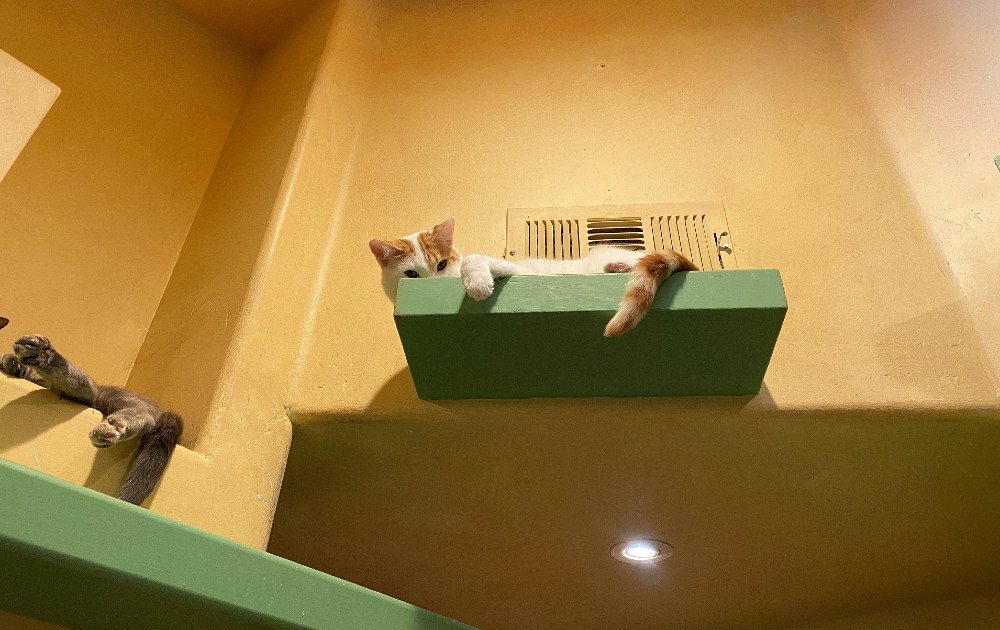