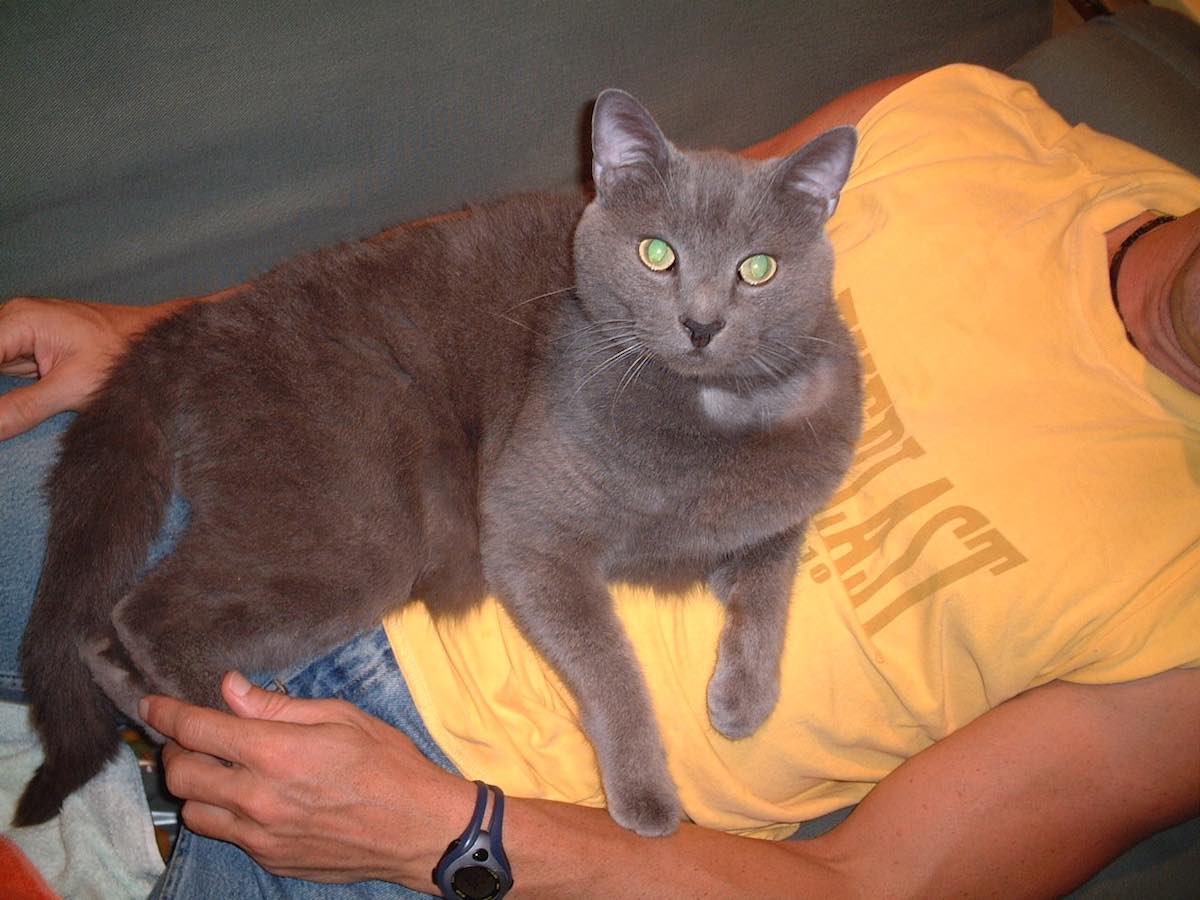 Bobby had a difficult life but was one of our great cats.  At a very young age (around 4-5) he suddenly lost the use of his back legs.  The vets think he had a slipped disk that paralyzed him.  Ignoring advise to euthanize him, we built a large enclosure in one of our rooms for him to live in.  Over many months he gradually learned to walk again but never regained the ability to control where he went to the bathroom.  The cat walks allowed the other cats to come play with him and he lived another 9 years as a happy cat.   When his health finally gave out, we brought him outside to the grass in the front of the house and spent his last hours there.   He was a beautiful cat and worth all the effort. 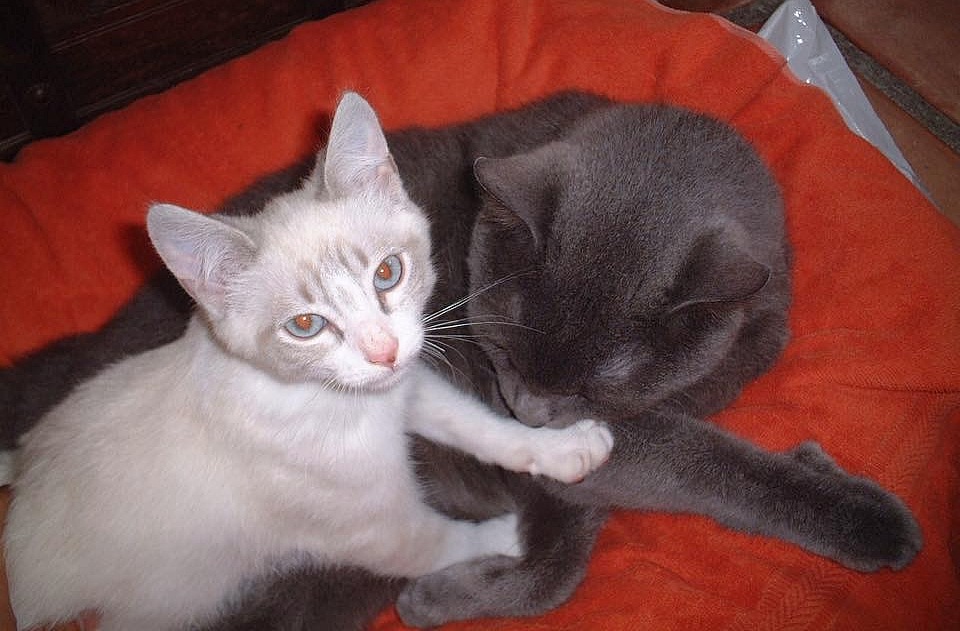 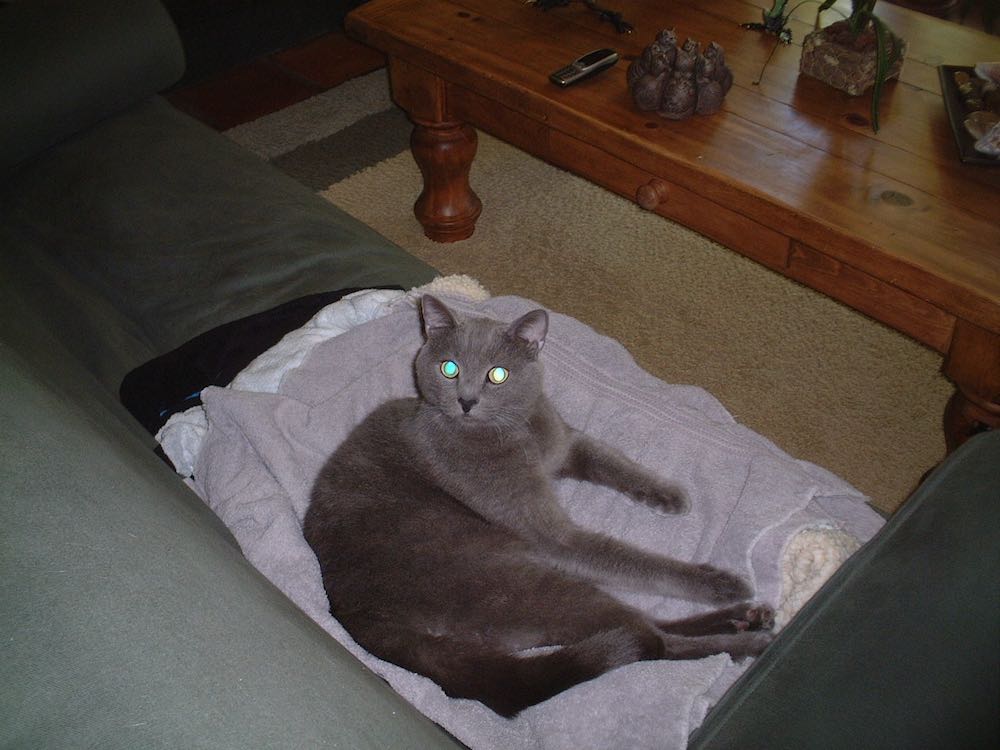 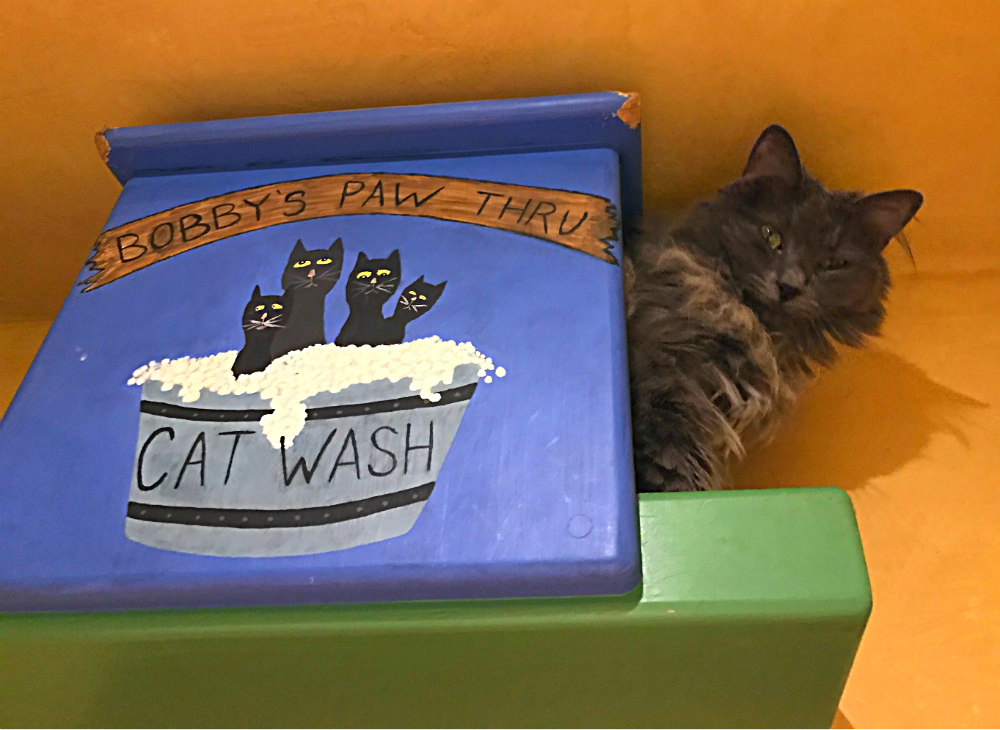 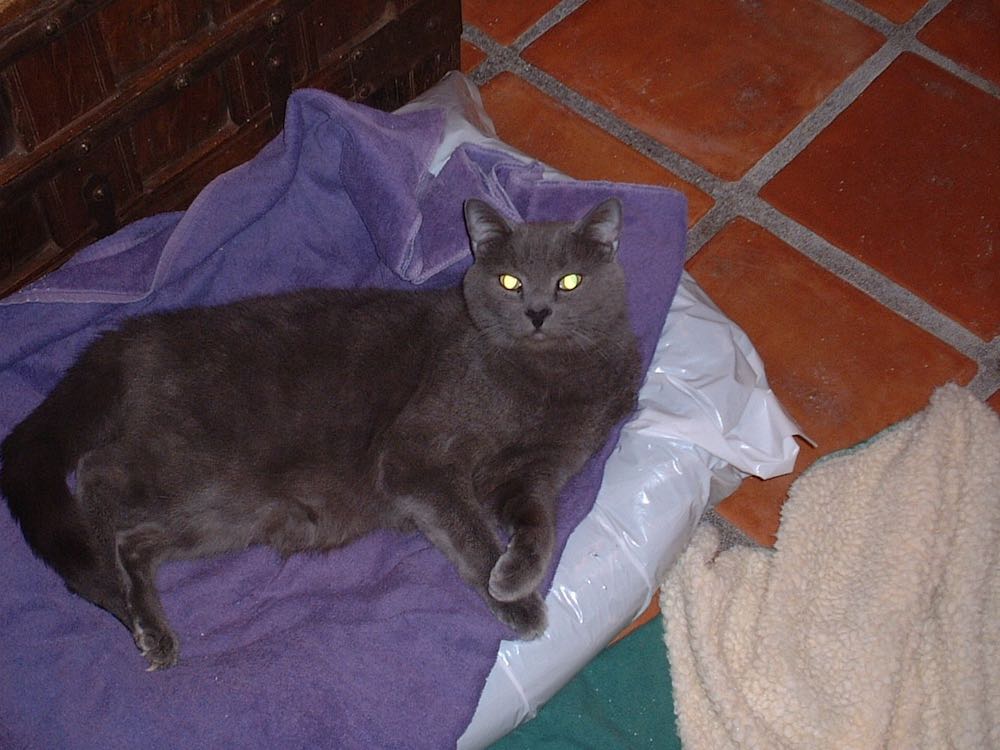